How Big Are Plane Tires? The Surprisingly Large Size of Airliner Tires

Have you ever wondered how big are plane tires? You’re not alone! When most people think about plane tires, they assume that they must be very large in order to support the weight of the aircraft. However, this is not always the case.

In this article, we will explore the size of airliner tires and answer some common questions about them.

How Big Are Plane Tires?

There are a huge variety of different sized airplanes, and therefore there are more than 1 answer to the question How Big Are Plane Tires. The dimensions of an airplane tire depend on the model and make of the aircraft.

However, a general guide is that the height of a typical commercial airplane tire is between 20-40 inches, and the width is around 7.5 to 40 inches, depending on which tires are in question.

This isnt as big as you may have thought, but planes require a much larger number of tires than other modes of transport. Airplanes will have on average 14 tires with some of the biggest planes in the world needing up to 32 tires!

What are plane tires made out of?

Plane tires are usually made from synthetic rubber or a similar material. This helps to make them strong and durable, as well as being able to withstand the extremely high pressures that the tires need to be inflated to.

Airplane tires are typically inflated to around 200 psi which is many times more than a car tire will be inflated to. This is because the high level of pressure gives them their strength.

How much do plane tires weigh?

Why are airplane tires so big?

One of the main reasons that airplane tires are so big is because they need to be able to support a lot of weight. For example, a Boeing 747 can weigh up to 660,000 pounds when it is fully loaded with passengers, cargo, and fuel. That’s a lot of weight for tires to support!

Another reason that airplane tires are so big is because they need to be able to withstand the high temperatures and pressures that are generated when an aircraft is landing. The friction between the tires and the runway can cause the temperature of the tires to increase, and if they were not big enough, they could burst.

What happens if a plane tire bursts?

If a plane tire bursts, it can cause serious damage to the aircraft. The tire will usually shred and the pieces can fly up and hit the fuselage or wings of the plane. This can cause major damage and even put the aircraft at risk of crashing. This is what happened with the infamous and tragic Air France flight 4590.

However the chances of this ever happening are extremely slim. Airplane tires are over designed to ensure that this never happens. In fact when testing airplane tires, it has been discovered that the wheel of the airplane is more likely to fail before the tire is.

How are airplane tires different from other types of tires?

The main difference between airplane tires and other types of tires is the level of stress that they are put under. Airplane tires need to be able to support the vast weight of the aircraft while it is on the ground.

Another difference is that airplane tires are not made from traditional rubber. They are usually made from synthetic rubber or a similar material. This helps to make them more durable and able to withstand the high pressures that they are inflated to.

Plane tires also have a different tread pattern to other tires you may have seen. They need to be able to evacuate water if landing in wet conditions just like any other tire.

Finally, airplane tires are much larger than other types of tires. This is because they need to be able to support a lot of weight and they also need to be able to withstand the high temperatures and pressures that are generated when an aircraft is landing, taking off and manoeuvring around the airport.

What are the challenges of designing and manufacturing airplane tires?

One of the main challenges of designing and manufacturing airplane tires is that they need to be able to withstand a lot of stress. They are put under an extreme amount of stress when an aircraft is landing and need to be able to provide cushioning against the shock of impact when landing at nearly 170mph.

The tires also need to be able to support a lot of weight. Airplanes can weight up to 660,000 pounds when they are fully loaded. The tires also need provide traction for the plane to help with braking the airplane and slowing it down after landing.

How often do airplane tires need to be replaced??

The answer to this question will vary depending on the type of aircraft and how often it is used. For example, a small single-engine airplane may need new tires every few hundred hours of use, while a large commercial airliner can go through several sets of tires in a year.

Typically the tires on a commercial airplane can land the airplane safely around 500 times before needing a service. One a tire has come the end of its life, it can undergo retreading up to 7 times. This process can give the tire another few hundred landings before it needs to be replaced.

After being retreaded so many times, the tire will eventually need to be replaced. The casing of the tire will have weakened and it will no longer be able to support the weight of the aircraft or provide the cushioning that is needed for landing.

How much do airplane tires cost?

As you can see, airplane tires are much different than other types of tires. The answer to how big are plane tires will vary but they can be over 50 inches tall and 20 inches wide. They need to be able to withstand a lot of stress, support a lot of weight, and be able to provide cushioning for landing.

So there you have it! Now you know a little bit more about the surprisingly large size of airplane tires. Next time you’re at the airport, take a look at the tires on the planes and see for yourself! You may be surprised at just how big they are.

If you’re looking for the best price on Goodyear tires, then check out our exclusive discount link for up to $250 off your next order! 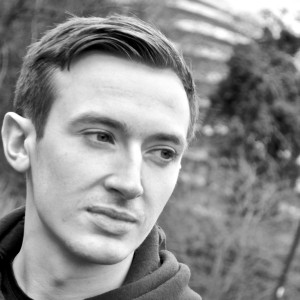